Medical Malpractice: 4 Things You Must Prove to Win

Personal Injury Lawyers - Pedestrian Accident Attorneys A City Council in a major city voted to approve the payment of $6.25 million to a victim...

When To Hire An Accident Lawyer

If you are involved in any type of accident and another person is involved, there is a very high risk that you are going to...

A City Council in a major city voted to approve the payment of $6.25 million to a victim who was run over by a drunken city worker on a sidewalk. The accident resulted in injuries to four other victims and those cases are still pending, according to a city attorney. The costs related to this horrific crash will likely continue to escalate.

The drunk city worker, 63, was driving a city pickup truck and ran off the street onto the sidewalk and into a crowd of people. He is now serving a nine year sentence in the Department of Corrections, following pleading guilty to four counts of aggravated driving under the influence (DUI) of alcohol.

Investigating officers arrived on the scene and discovered an open bottle of brandy stuck underneath the accelerator of the city vehicle being operated by the city worker. It was determined that he had a blood alcohol content (BAC) of .183, or more than double the DUI limit of .08 or greater.

The victim was a computer scientist making $80,000 per year. His wife was injured as well but suffered far less severe and disabling injuries.The husband was severely injured after being pinned under the city truck, suffering disabling brain injuries that will prevent him from returning to his previous occupation or care for himself without assistance.

According to the Chairman of the Finance Committee, medical expenses for him total $572,000 and are continuing to rise. He explained that the accident was “a sad tale.”

Among the other victims was a nanny who was walking on the sidewalk with a twenty-month-old little girl in a stroller. Upon hearing screams and the noise of the truck on the sidewalk, she was able to push the child to safety. Unfortunately, the nanny was not so fortunate. She was hit by the vehicle and severely injured.

Unfortunately, pedestrians are vulnerable to being severely injured when being struck by any type of vehicle. Due to having little or no protection, victims are likely to face severe head injuries, spinal cord damage, broken bones, and death.

Even where there appears to be no doubt about the fault as with this case, it must be proven that the driver of the vehicle was negligent and that their negligence caused the resulting injuries. In this case it was necessary to prove that the city failed to adequately supervise the worker and that he was in the course and scope of his employment when the crash occurred.

There is no amount of money that can compensate victims for serious and disabling injuries or the loss of loved ones. However, if you are faced with this situation, you need to talk to an experienced attorney with a proven track record.

We have been helping citizen in a wide variety of serious personal injury and wrongful death cases for over 30 years. Contact us toll-free for a free, no-obligation consultation. With us, you owe no fee unless we make a recovery for you. More info on this website

If you are involved in any type of accident and another person is involved, there is a very high risk that you are going to need the services of a highly skillful car accident lawyer. Accident lawyers deal not just with car accidents but also with other accidents, such as on-the-job accidents. More on this website. An accident lawyer should have a good knowledge of the law. This ability would allow them to protect their clients in the best way and to defend them successfully. What’s more, a skillful lawyer also works closely with car insurance companies and agents. This fact is rather important when the people were involved in an auto accident and damage has been done to the vehicles. 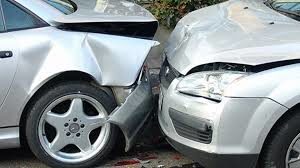 It would be useful for you to know that auto accident lawyers primarily deal with the victims in an accident. That’s why when a car accident occurs the first person you should inform about this is your car accident lawyer. In cases when you get your injury on your job, slipped in a supermarket, got bit by someone’s pet, etc, then you should address a standard accident lawyer. In any case, the first issue of the lawyer’s concern is the victim of an accident. You should not underestimate the importance of involving the services of an attorney if you are involved in an accident. This is especially true if you have suffered any type of injury or someone else does.
Of course, every victim wants a skilled car accident lawyer. They can make the long-lasting, frustrating, and convoluted process of dealing with insurance companies more bearable. Most of the people who are at fault together with the insurance companies try to do their best to avoid paying you the amount you deserve. In such situations, there is nothing better than a good auto accident lawyer who can help you. He would ensure that you are treated fairly. You should also know that when you have some medical problems and associated hospital bills due to car accidents, you need the services of a good attorney. He will make sure you are not blamed for something that was not your fault. It is always good to talk to a lawyer. In most cases this is the only way to ensure that you will be treated fairly. In other cases you may not only pay all your bills but also the bills of the others involved in the accident.

It should be mentioned that even if you are not guilty, your car insurance rates may skyrocket. And in worst cases, your insurance company may even cancel your policy. And again in this case, a good attorney working for your rights would guarantee that this wouldn’t happen to you. More information on how to reach a car accident lawyer here

Because of their size and weight, commercial trucks are capable of causing far more devastating accidents than passenger vehicles. Truck accidents often involve multiple vehicles and result in catastrophic personal injury or wrongful death. Both federal and state trucking regulations play a significant role in how trucking accident cases are approached, and several different companies might be involved in a single claim. For all of these reasons and more, it is important to have an experienced truck accident lawyer on your side to ensure you and your family receive the compensation you need to recover.

Some of the most common causes of truck accidents include:

Out of these, driver fatigue is the leading cause of truck accidents. However, determining that fatigue was a factor in your accident may not be enough. For example, the fatigue might have been caused by a trucking company that placed an unrealistic scheduling demand on a driver, which would make the company itself liable for accident damages.

The experienced truck accident lawyers in our firm will thoroughly investigate the circumstances of your truck accident to make sure every negligent party that was involved in the accident is held accountable. Trucking companies have their own set of lawyers and insurance adjusters that will seek to minimize your payout as much as possible. If you or a loved one has been seriously injured in a truck accident, make sure you are getting the compensation you deserve.

Why Choose our firm?
We have over 15 years of experience pursuing successful truck accident claims. We understand that when you are recovering from a serious accident, or taking care of a loved one who has been injured, it can be difficult to think about taking effective legal action. That’s why we’re prepared to meet with you wherever it is convenient – whether in your home or a hospital room – so you can be comfortable while we work to establish the details of your case.

Our attorneys work on a contingency fee basis, which means you only pay for our legal services if we recover compensation in your case. In most situations, truck accident cases must be filed before a specific expiration date, which is known as a statute of limitations. If you or a loved one has been injured in a truck accident, please contact us right away to ensure you do not waive your right to potential compensation.

It won’t cost you anything to see if we can help. Call us today.